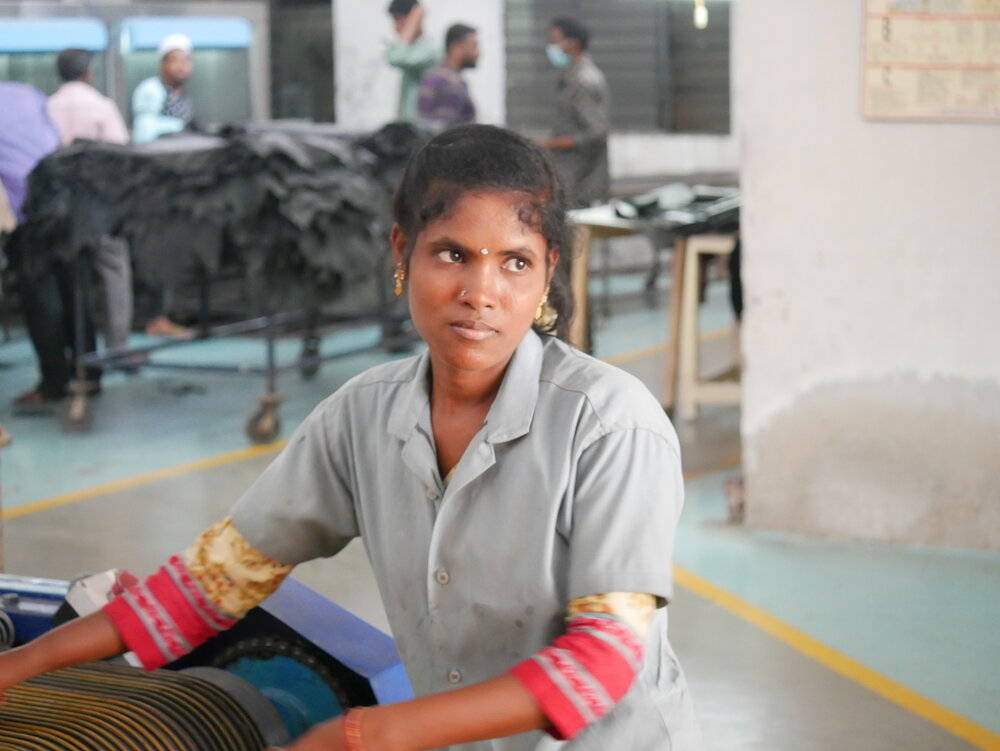 LET’S BE FRANK. If all we cared about was the environment then we should all stop wearing clothes all together. No production is 100% good for the environment. At some point in the production, no matter how good our intentions are, we are taking from the earth. If we want the pollution to stop and the trees to keep growing we should stop all development and just let the earth do its thing.But we don’t just care about the environment, we care about people too. We care that people are happy and healthy, that they are warm and earning money, and we care that they are treated well and thriving. We can figure out how to get a massive metal thing to fly in the sky and how to get a picture to travel through the air to our friend’s phone, so we’re clearly intelligent buggers. We will never be content to just sit and look at the clouds - it’s in our nature to create.

1 in 6 people around the world work in the fashion industry. It’s a huge employer, especially in developing countries where jobs are scarce. When fashion is done properly it’s a safe, inspiring industry for people to work in. But sadly that’s not the case in every factory. Workers can be treated badly, exploited and paid so poorly they can’t afford to buy food. According to Bloomberg’s research, if we paid workers living wages it would add only 1% to the average retail price.

A LETTER FROM FRANKIE.

“People are a big part of why I started TOBEFRANK. Seeing how the fashion industry can treat people and the environment was hard to see, and, without sounding dramatic, it was life-changing.

Child labour is a big issue in India. Some say it’s because the factory is taking advantage of cheap or free labour, whilst others say it’s down to the sheer quantity of homeless children in India. Either way it’s a big issue which is only slowly getting better.

When I was in New Delhi I visited an orphanage which the factory supported by supplying food. it came about as a lady working at the factory used to be an orphan living there. She now is married with children and works as a production manager at the factory.

This was the first orphanage I’d ever been too. It was a emotional day and one which will stay with me forever. The lady who started it originally opened her home up to 3 homeless children. She now has 65 children.

I was standing in the kitchen talking to the chef who was in the middle of making a cake for a young boy’s birthday. I saw a long list on the kitchen door with names and dates. The chef told me it was the birthday list, so every child gets a cake on their birthday. I asked who’s birthday it was today and he told me it was a young boy who had just joined them. The boy had been left at a train station by his parents and found days later by local police. He was 5 years old, half-starved and didn’t know his birth date. He didn’t have anything other than the dirty clothes we was wearing. The orphanage gave him clothes, a bed, a backpack (which he was very happy to show me) and they also gave him a birthday date.

This stays with me. When I hear about our country’s consumption and overflowing landfills, when I’m grumpy because I can’t find something to wear, I stop and I ask myself, ‘what would that little 5 year-old boy say if he could see me now?’.

Our original goal was to have a charity which cumulates everything connected to the fashion industry under one umbrella, however this is too broad and as a small brand right now we can not acheive all of this. However, there are much larger organisations who do incredible work so for a lot of the area’s we wish to work on, collaboration is key. Together we can do so much. 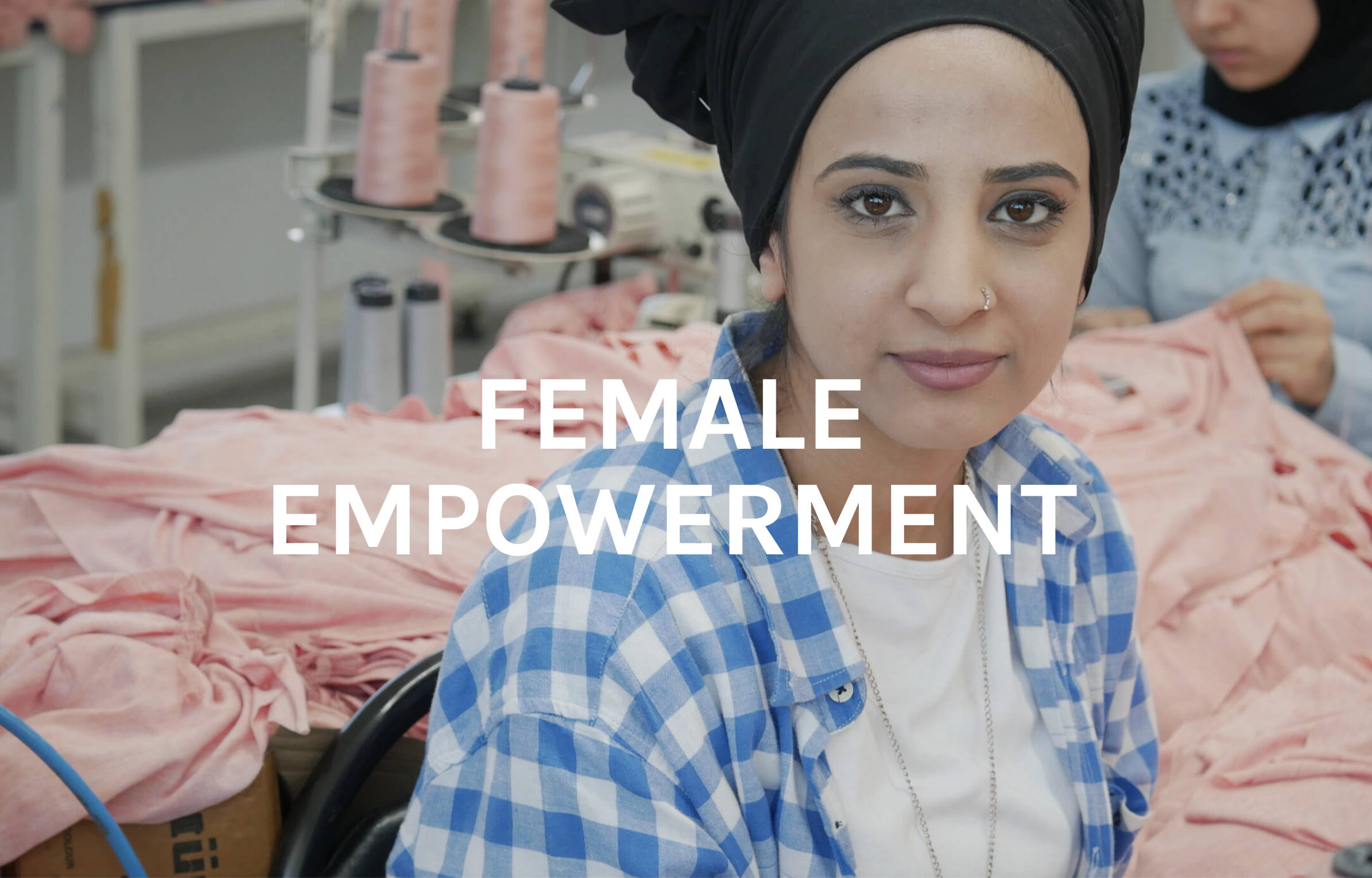 ‘One of our key aims for my own foundation is supporting women and girls. As a woman myself I have encountered barrier after barrier when it comes to my career, even with solid family support a lifetime of education and I am not ignorant to the part my skin colour has played in my journey. Fashion is a industry full of millions of people, all with different skin tones, religious beliefs and circumstances, and its understanding that as a women who has been lucky enough to receive education and have a career I chose, I should help other women who have not been so lucky. Because of this, I am passionate about doing my bit to help women in the fashion industry, to give them the respect and attention they need to develop ways to to support themselves throughout their careers. This is about women supporting women’ Frankie

Project 1: In May 2019 we helped organise a project called Fair Fashion Pact, this was supported by The United Nations Foundation and The Department of International Development. It was focused on Women’s health and wellbeing in the production sector of the fashion industry.

Project 2: The orphanage in India is a home for over 65 children. There are more girls abandoned than boys. The orphanage has a school and are passionate about giving boys and girls equal levels of support and education. At our launch party in September we auctioned off a leather jacket hand-painted by yours truly. We have given the money to the orphanage in New Delhi to help expand their library.

We plan to continue working with this orphanage this year.

Project 3:  We are currently working on women’s support such as sexual and sanitary health. We are hoping to link with a charity to help us on this project.