WHATS IN YOUR CLOTHES. 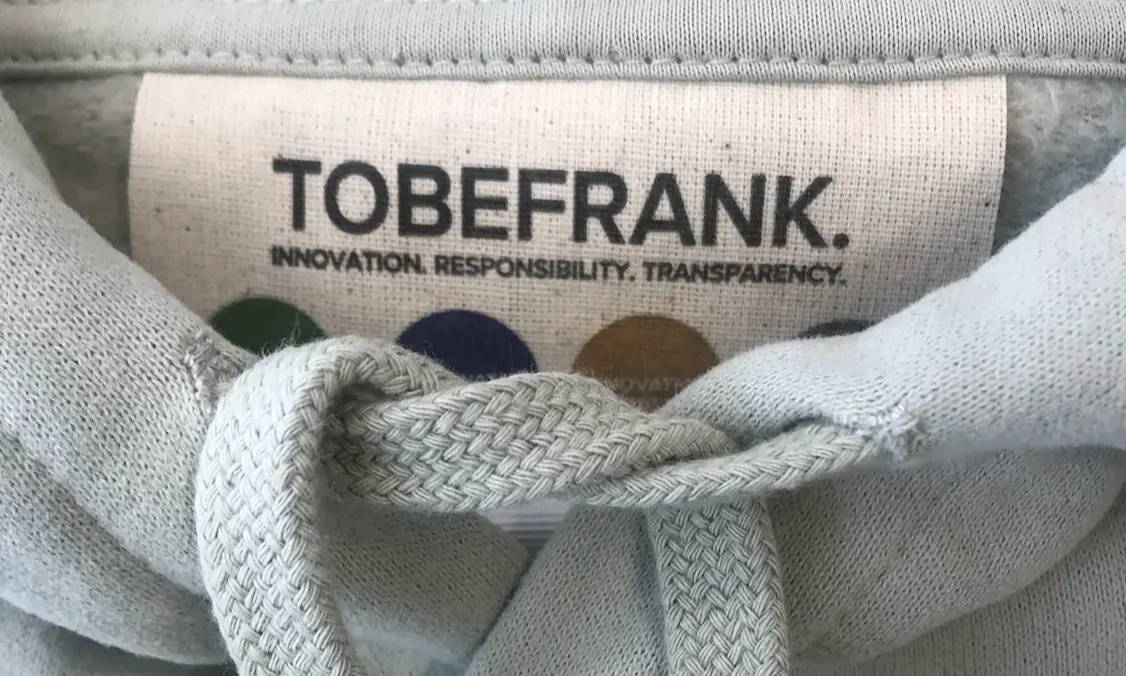 Sustainability is a big conversation, whats right or whats wrong are discussions which are ongoing without a clear answer or solution. As a brand we started by making clothing out of rubbish. But really, this isn't sustainable either. To be sustainable is to sustain an away of making clothing which can continue for decades without causing damage to people or the environment. So really, being a sustainable brand doesn't just mean solving problems of the present, but creating something with a more positive impact for the future.

Our goal is to create a garment which after its life it can be swallowed up by the earth without any harmful chemicals polluting the environment. We are not there yet. But this new range using no synthetic chemicals is a pretty good start. Here is a list of what we have have done, including the hurdles and developments we are planning.

WHY IS THIS PROJECT SO IMPORTANT TO US? AND WHY IS OUR DYES SO DIFFERENT.

The t’shirt you are wearing is full of chemicals… some totally natural and healthy.. some deadly.

We are led to believe that fabric which is super soft, coloured beautifully, doesn’t wrinkle, doesn’t stain, means good quality. The truth is a natural fibre like cotton is naturally pretty rough. For it to be made cheaply, and have all these unnatural qualities, this natural fibre is drowned with harmful unnatural chemicals and pesticides. When we as wearers sweat, these chemicals enter our bodies.

Cyanide based pesticides for example, are still globally used by farmers today. They were initially created by Nazi Germany during the holocaust to kill millions of people. Nearly 1,000 people die every day from pesticide poisoning and many more suffer from lifelong health issues such as cancers and leukaemia.

Dying fabric has been an integral part of the clothing industry since as early as 2000 BC. The use of synthetic dyes became popular after the industrial revolution and due to the bright dyes and reliability, very quickly became an essential part of textile industries across the globe.

However, out of more than 900,000 metric tons of dyes produced annually, more than 70% belong to the azo group. Azo dyes are pretty nasty. They have been linked to health problems such as cancer and birth defects. Many chemicals in Azo dyes are banned in many countries but due to little transparency and the demand for cheap clothing, the dangerous chemicals are easily finding their way into supply chains.

Brilliant organisations such as GOTs, and REACH are working to monitor, support and reduce the use of these harmful chemicals. We already get all our ingredients certified by either GOTS or REACH. But… we wanted to do more.

Thanks to Mehmet we now work closely with an epic dye house in Istanbul to create the gorgeous range you see today. The dyes are made from food waste, walnut shells, olive leaves – all using natural minerals to fix the colour. The energy used is a fraction of what is normally used due to cold water dying and the amount of water used is cut in half and of course reused.

AS A BRAND WE USE RUBBISH- THINGS LEFT OVER- AND WE LOVE WE CAN MAKE SOMETHING NEW OUR OF SOMETHING WASTED.

THIS RANGE IS A NATURAL PROGRESSION TO A MORE NATURAL PRODUCT – WHILE STILL STICKING TO OUR RECYCLING ROOTS.

Organic cotton is cotton that is grown and certified to organic agricultural standards. No pesticides are used to grow it. Its production maintains the health of soils, ecosystems and people by using natural processes rather than artificial inputs. Fundamentally organic cotton farming does not allow the use of other toxic chemicals or GMOs (genetically modified organisms). Instead, it combines tradition, innovation and science to benefit the shared environment and promote a good quality of life for all involved.

The issue with Organic cotton is that it takes roughly 5 years for a farm to change from normal cotton to organic. This is because the soil needs to be clean from any pesticides or other chemicals to be approved as suitable for organic cotton. Also, because no pesticides are used this means that its harder to farm- meaning it’s easier for insects to damage and eat the cotton. Furthermore, only 5% of the worlds cotton production is organic cotton. This means due to limited availability, harder and longer labour and loss of farm earnings – means that organic cotton is more expensive than normal cotton.

We are led to believe that fabric which is super soft, coloured beautifully, doesn’t wrinkle, doesn’t stain, means good quality. The truth is a natural fibre like cotton is naturally pretty rough. For it to be made cheaply, and have all these unnatural qualities, this natural fibre is drowned with harmful unnatural chemicals and pesticides.

As well as using organic cotton its important for us to not cover our lovely fabric with harmful dyes.

This process of dying with food and plant waste is very new and the TOBEFRANK team have been working on it for a long time. The dyes are made from food waste, walnut shells, olive leaves – all using natural minerals to fix the colour. The energy used is a fraction of what is normally used due to cold water dying and the amount of water used is cut in half and of course reused.

Our processes are still not perfect, for example using food waste means the colour consistency isn’t as reliable as we’d like (YET), just like any garment washed product the garment will fade slightly after washing (which we think adds to the gorgeousness).

We think it's important to consider every stage of the garment. Our labels are all made from recycled cotton. We have kept it all natural. We have not soaked this cotton in chemicals or dyed it with bright colours. This cotton is all natural.